Vaccine rolls out...but registering for Phase 1B is a ways off yet 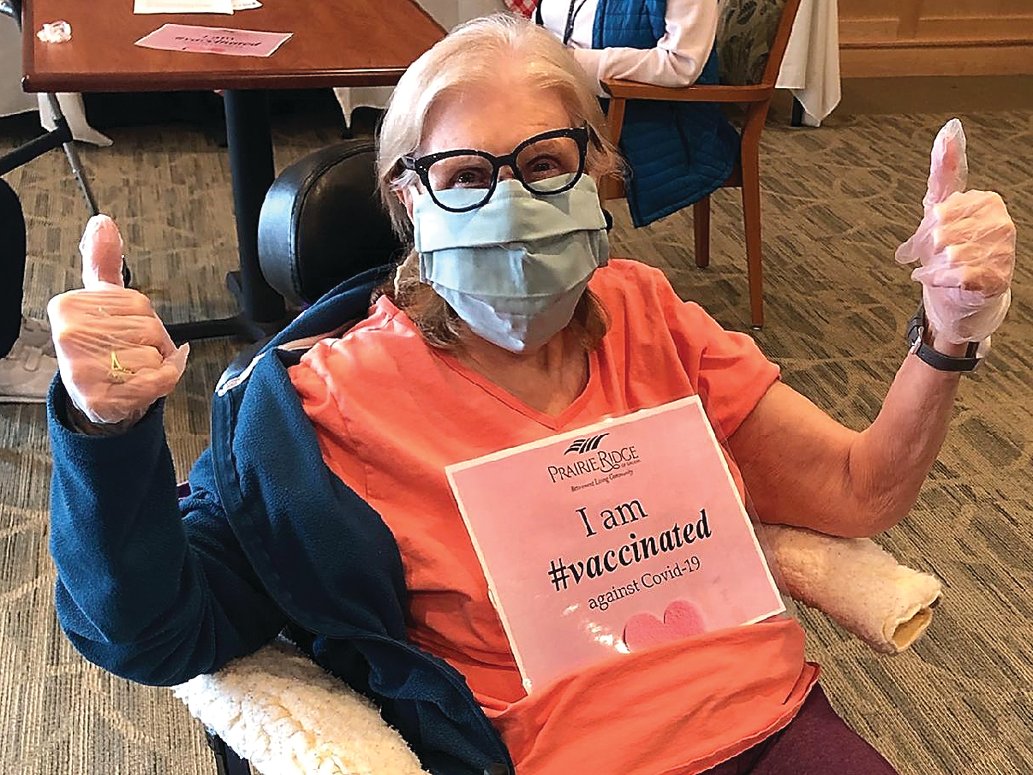 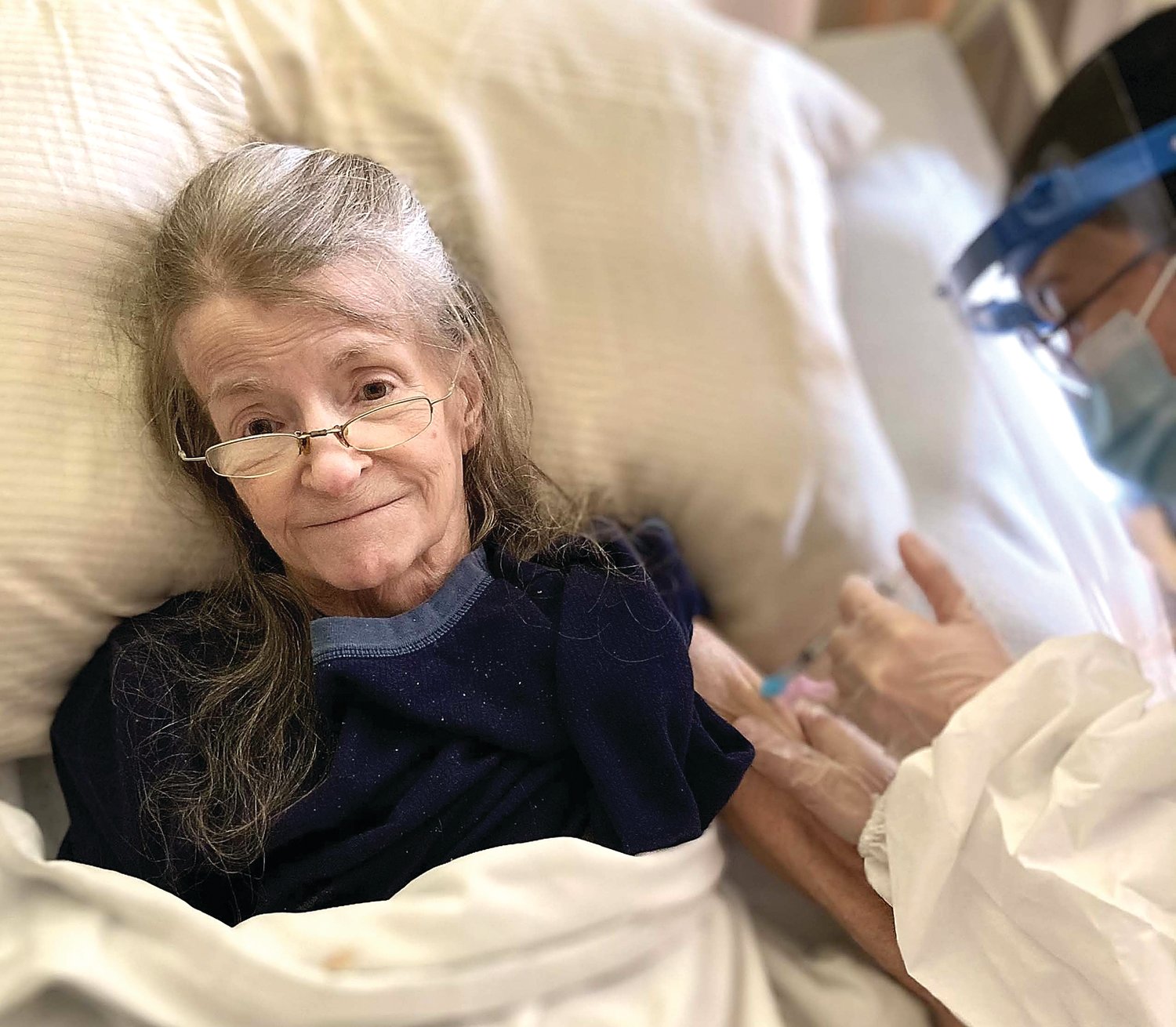 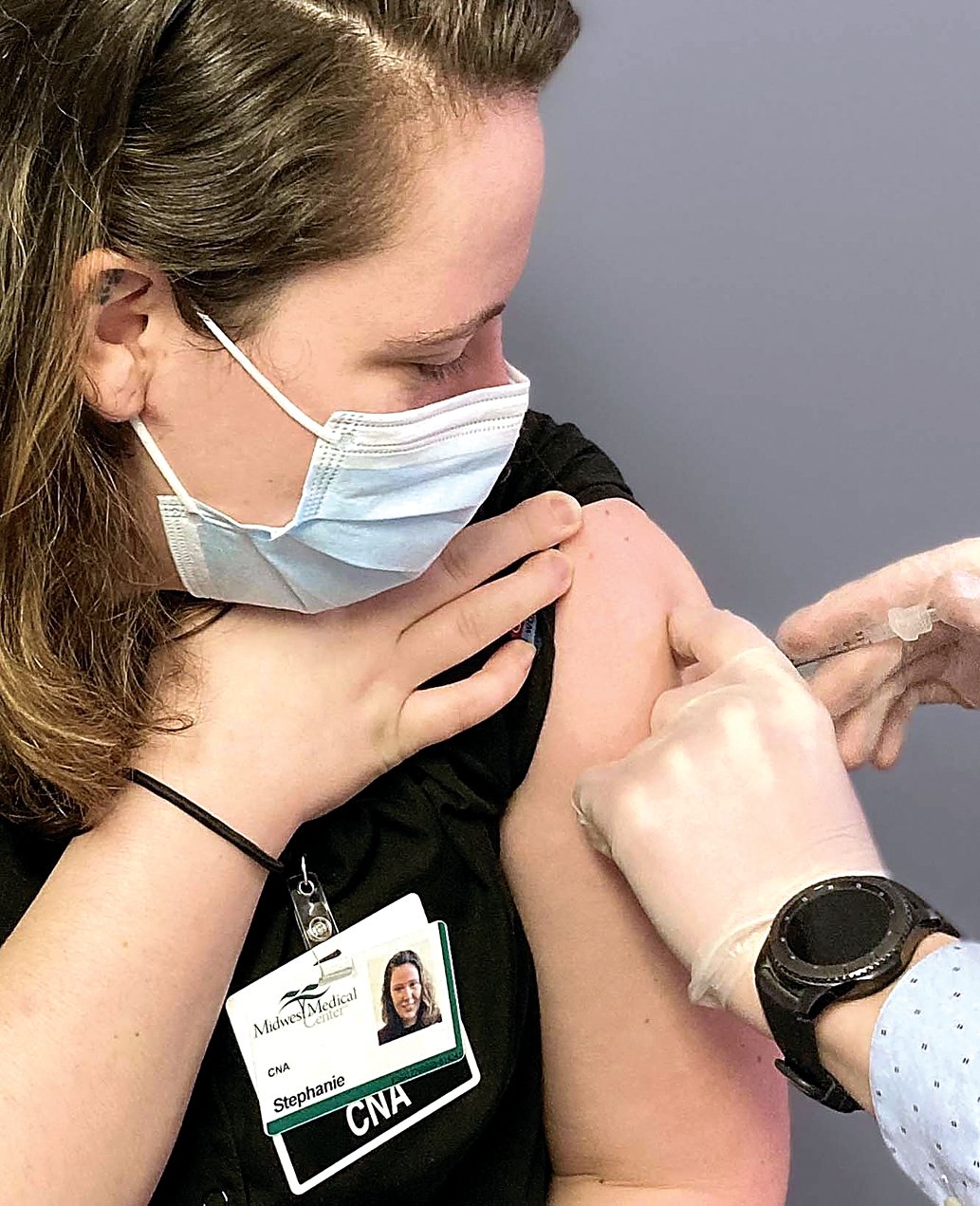 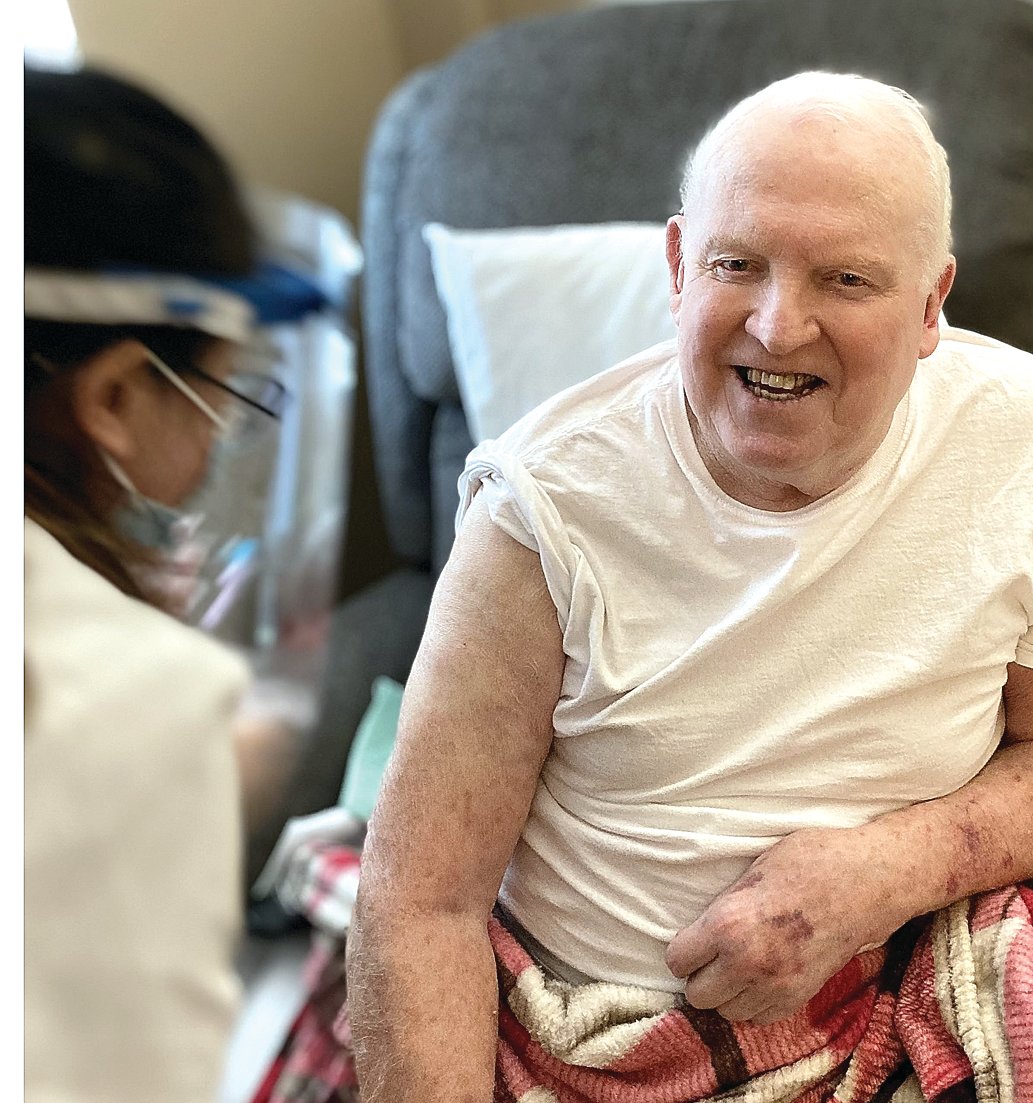 Nursing home resident Jack Eden awaits his turn to receive the COVID vaccine.
Contributed photos
Previous Next
Posted Monday, January 18, 2021 12:38 pm
When will I get the vaccine?

Phase 1A, complete this week:

•manufacturing workers: industrial production of goods for distribution to retail, wholesale or other manufacturers;

How does it work:

•Registration should be available for 1B on the Jo Daviess County Health Department website, jodaviess.org/health.

•Police and firefighters will be the first vaccinated in phase 1B.

•Phase 1C specifics should be announced by the department in the coming weeks.

GALENA–The Jo Daviess County Health Department has been focusing on communicating information about vaccinations to the public, but information has been slow filtering down from the state level.

Phase 1A, which includes health care workers and EMTs, will wrap up this week, after two clinics last week, as over 550 doses of COVID vaccine have been given over the past few weeks.

Also next week, police and firefighters will be the first phase 1B participants in the county.

Phase 1B covers a larger swath of the population including:

•manufacturing workers: industrial production of goods for distribution to retail, wholesale or other manufacturers.

The health department is going to open up more of 1B as allocations are made available.

“We were getting 100 doses per week and we are now getting 200 doses for this week,” said Sandra Schleicher, public health administrator for Jo Daviess County. “We are still pretty limited as it will go quickly and we have to balance first dose people with the second doses for the first group. We are trying to juggle everything.”

Schleicher said that second doses for some will take place on Sunday, Jan. 17.

The plan is to have those in 1B sign up on the health department’s website as the police and firefighters being tested this week will be the first to test run the system. Information as to when vaccination registration process begins for the remainder of those in 1B will be announced at a later date.

Those who register will need to bring in forms of identification and/or proof of employment.

“We will be vaccinating people who live or work in Jo Daviess County,” said Schleicher.

Vaccinations will still take place at Midwest Medical Center for the early stages of 1B.

Schleicher said that with the county moving to 1B, all of the 1A people who wanted the vaccine have received it.

Those who didn’t receive the vaccine yet and are members of 1A can still receive it during phase 1B. Phase 1B will be able to receive a vaccine during 1C.

“The state is going to try to move together into B as much as possible,” said Schleicher. “They have given us permission to give it to police and fire before the whole state moves.”

Schleicher said that they are giving out vaccines as soon as they are received.

“We aren’t sitting on any vaccines,” said Schleicher. “What we get is what we give and give it as quick as we can.”

Schleicher is hoping for off-site vaccination locations, but that is still in the early stages of planning as the site would need ambulance cooperation as well as low temperature freezers for storage of the vaccines that are currently being used from Moderna and Pfizer BioNtech.

“There is talk that the National Guard is going to be activated and they may have dispensing sites, but we haven’t heard anything official about that,” said Schleicher.

Schleicher anticipates that doctors’ offices will be able to procure their own vaccines to give to patients in the next few weeks, but that is still early on in planning.

“They haven’t activated that piece yet. Everything is still going through the health department,” said Schleicher.

Information is still changing rapidly and sometimes it is challenging for some to keep up, but Schleicher and her staff are providing updated information to the public about any changes that could impact the county.

Another challenging piece is informing the older population that might not be on social media and how to get the information to them.

“I am hoping to reach out to the senior center and churches to put information in church bulletins,” said Schleicher.

“If people can help their parents or neighbors who don’t have access, that would be most beneficial,” said Schleicher.