‘I literally thought I was going to die’: Hanover resident shares her story of survival after a terrifying experience with COVID-19 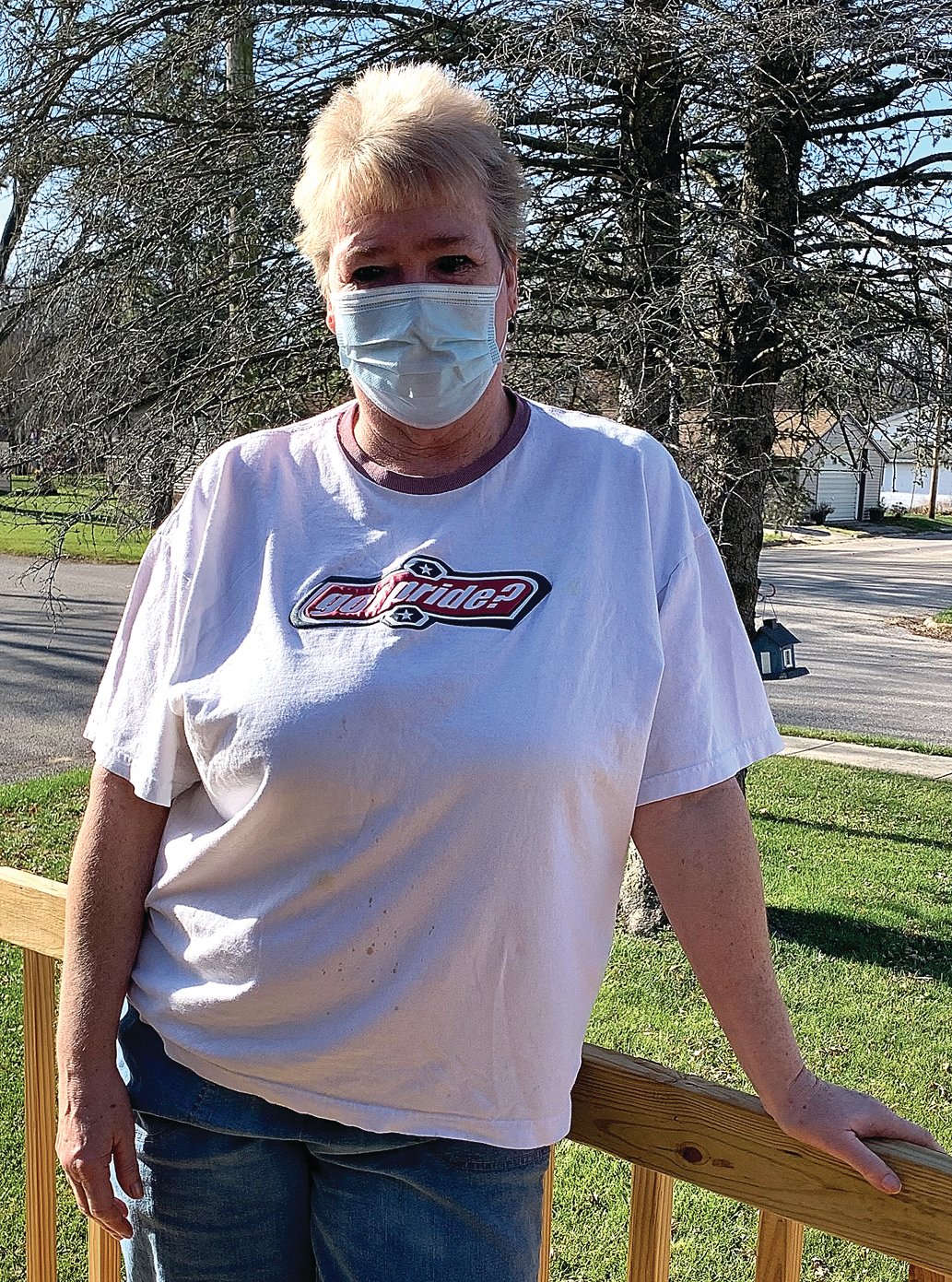 Alice Trebian at home in Hanover. She tested positive for COVID-19 in early October and then spent the next several weeks seriously ill as she experienced almost every symptom of the virus.
Hillary Dickerson photo
Posted Monday, November 23, 2020 5:16 pm
by Hillary Dickerson

HANOVER–Alice Trebian thought the end was near. She’d never, ever been so sick.

“I literally thought I was going to die,” said Trebian.

Typically very private, Trebian is sharing her COVID-19 story in hopes that people will wake up, pay attention and take the pandemic more seriously.

“I don’t understand it,” said Trebian of people who continue to ignore guidelines and restrictions as if the pandemic won’t affect them.

Thinking about the lack of concern for others and the flaunting of rules by so many actually makes Trebian bitter.

“Stay home,” she pleaded. “Why can’t you stay home? People should have wised up. This is just too late.”

Trebian knows it’s difficult to go without seeing family and friends. She has a 2-year-old granddaughter and twin grandchildren who are about to turn 1 next month. They visit by video. She’s not seen them in person–and even then it was distanced–since early September.

This year there won’t be a big family gathering at Thanksgiving, and probably not Christmas.

“I have cried more times,” said Trebian of grieving the losses, even the small ones, that have added up over the course of the past several months. “We are such a close family.”

On Tuesday, Oct. 6, she experienced a slightly runny nose. It wasn’t bad, just in one nostril and only for a short time. But as a certified nursing assistant at Galena Stauss Senior Care Community, Trebian took no chances.

Her rapid test for COVID-19 came back positive, which was surprising because she’d tested positive once before, in August, and was asymptomatic at the time.

That could have been a false positive, but she’ll never know. As a nursing home employee, she was being tested on a regular basis.

By midnight, at home in Hanover, 59-year-old Trebian realized, while eating a bowl of ice cream, that she couldn’t taste it. Her sense of smell was gone.

After that, the symptoms just kept coming, to the point, Trebian said, that her body “just went kaput.”

Trebian became incredibly weak and had difficulty walking from the bedroom to kitchen. Chest congestion set in and her chest felt heavy. Next was the cough.

Those symptoms, which presented Tuesday into Wednesday, stayed with Trebian throughout the course of the illness.

Trebian’s husband, Dennis, who isolated from his wife, brought Gatorade, and Trebian continued to take Vitamin D and zinc, which she’d been doing since early spring.

“I had every symptom that there was (with the exception of a sore throat),” said Trebian. “Just horrific.”

By Friday, Oct. 9, Trebian was experiencing diarrhea and then she developed a fever, up to 101.

Trebian, who suffers from fibromyalgia and diabetes, had a previously scheduled Zoom appointment with her neurologist that she attended.

“I looked pretty rough,” she said.

She slept with the thermometer nearby so she could regularly check her temperature. She stayed isolated in the bedroom and bathroom, only making occasional trips to the kitchen to refill her water bottle. She attempted to sit in a chair but was too miserable.

Her headache and nausea started that same day. Her mouth felt like a cotton swab. She couldn’t eat. Since Trebian had some anti-nausea pills, she took those and even got a refill.

Trebian’s fever lasted for days, climbing as high as 103. It was like a roller coaster, she said.

Trebian made two calls to the emergency room in Dubuque, but was told that unless she was having difficulty breathing, she shouldn’t come in. The hospital didn’t have space and the nurse said there were no guarantees Trebian would be seen.

“I still could breathe,” she said, noting that if she did go up and down stairs, she was immediately winded.

“You’ve got to listen to your body,” said Trebian, noting that by Oct. 11 she knew she needed help.

By Oct. 15, Trebian was vomiting, and that, she said, is what pushed her over the edge. Her son, who was checking in with video calls twice a day, called.

Trebian was so weak that her son ended up calling her doctor, Greg Vandigo, who called Trebian back and told her it was time to head to the emergency room at Midwest Medical Center in Galena. Trebian’s husband came home from work to drive her.

I said, ‘Thank God,’” she recalled, realizing now that maybe if she would have gone to the hospital sooner, things would have been better.

Once at the hospital, Trebian, who’d lost nine pounds, was still running a fever. On Saturday night, her stats were low, she was given oxygen.

She was dehydrated, started on blood thinners, given insulin and by Sunday started on antivirals and steroids.

“It just took everything out of me,” said Trebian.

It was still a slow recovery. At one point, craving some ice cream, she climbed in her car to drive to the store. The brain fog hit her.

“I just felt like this is awful,” she said.

Now, almost two months since her initial diagnosis, the brain fog remains. Just the other day Trebian made her famous meat loaf, felt like she was missing something and realized when she took a bite that she’d left out about half the ingredients.

If there’s anything the past several weeks and months have instilled in Trebian, it’s to appreciate all that she has, every day.

“I don’t take things for granted,” she said.