‘We just loved him’: Nieces, nephews adored their uncle, Don O’Rourke, a career Navy man who dealt with two bouts of COVID-19 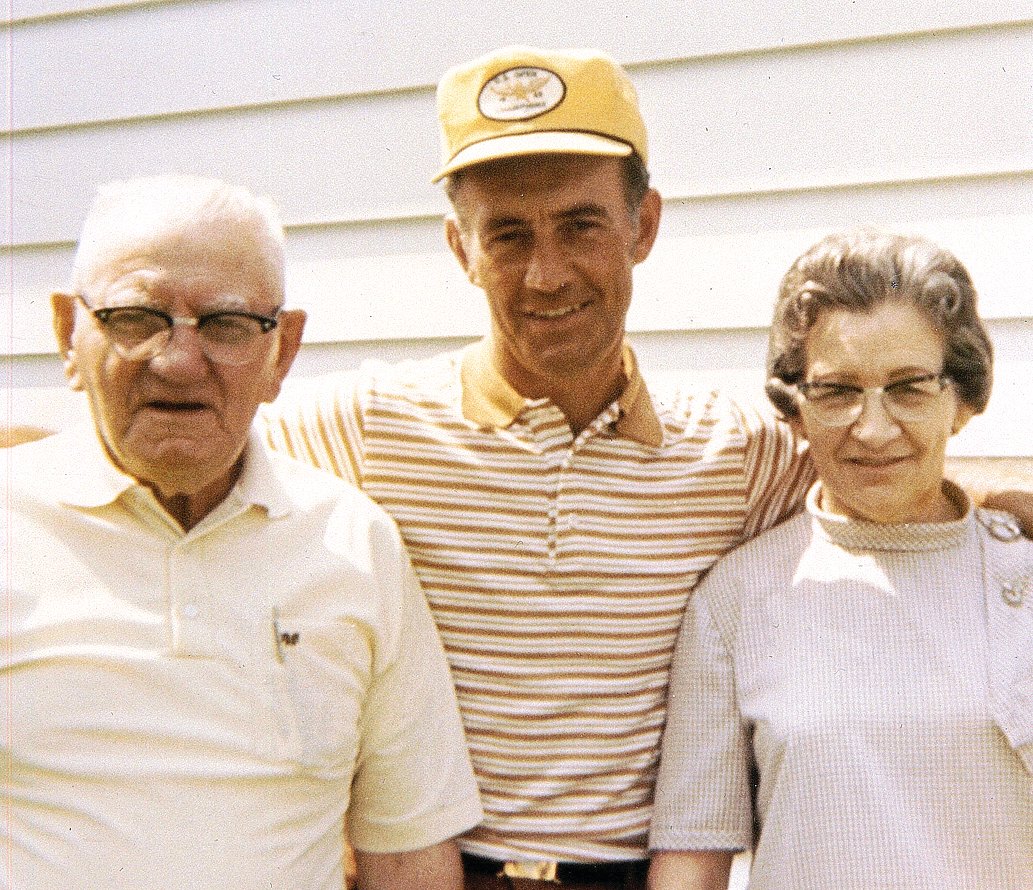 Don O’Rourke, center, with his parents, Thomas and Charlotte O’Rourke.

Don served on LST 532 during World War II and was at Omaha Beach in Normandy, France. 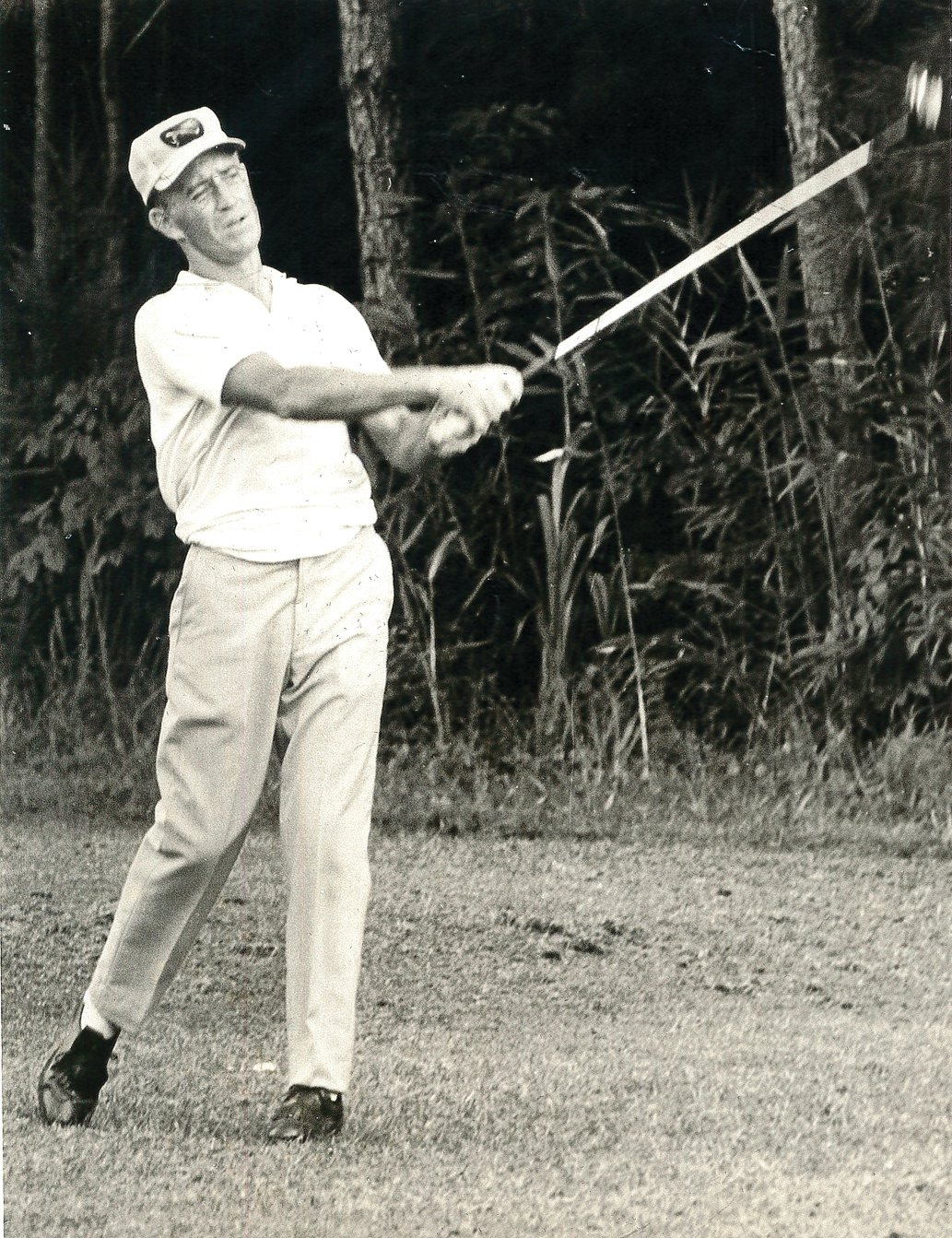 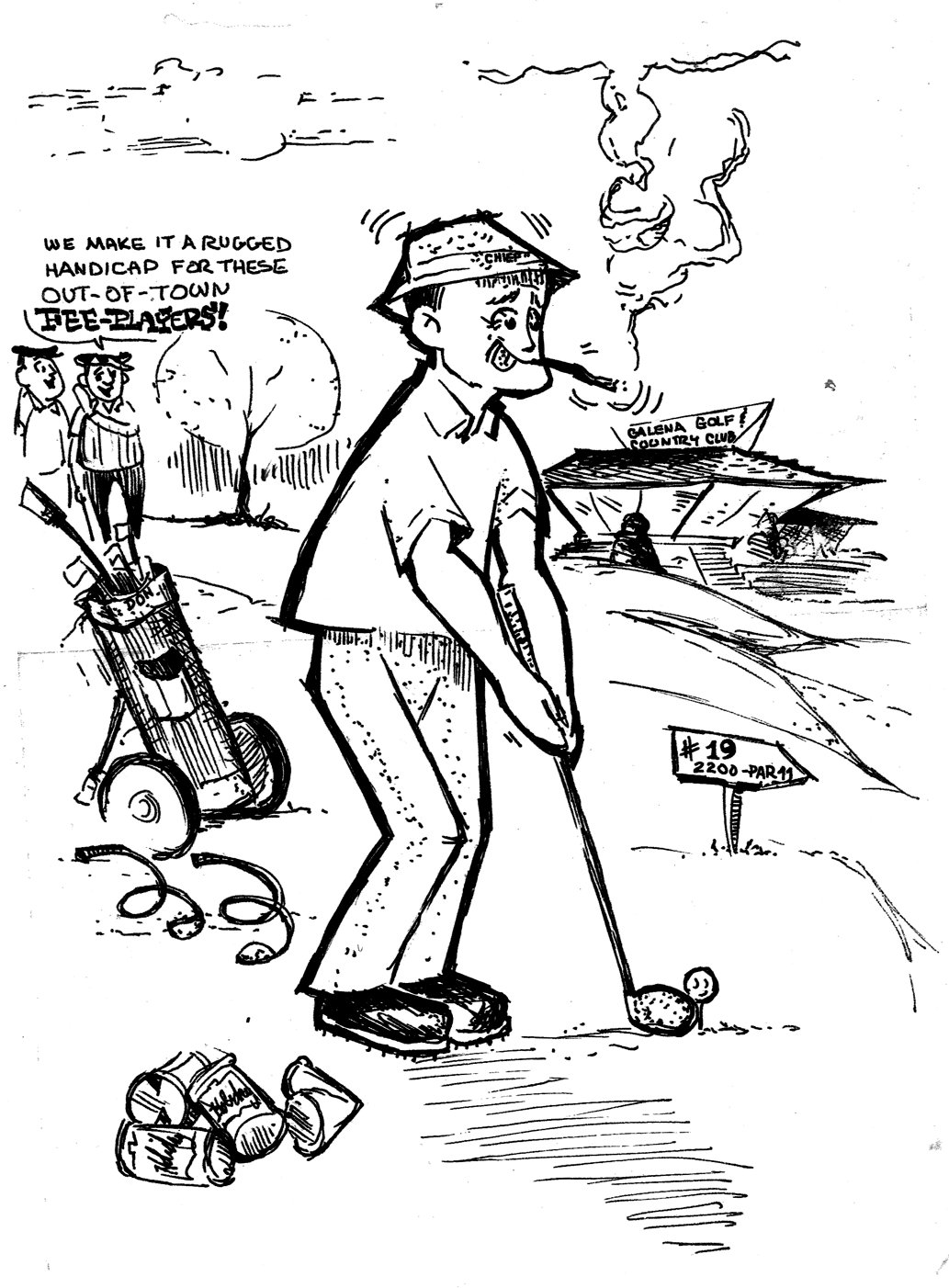 This caricature of Don O’Rourke was drawn by his brother, Paul. Paul and Frank Kennedy painted the Galena mural in the basement of The Galena Gazette, which at that time was Kentucky Fried Chicken 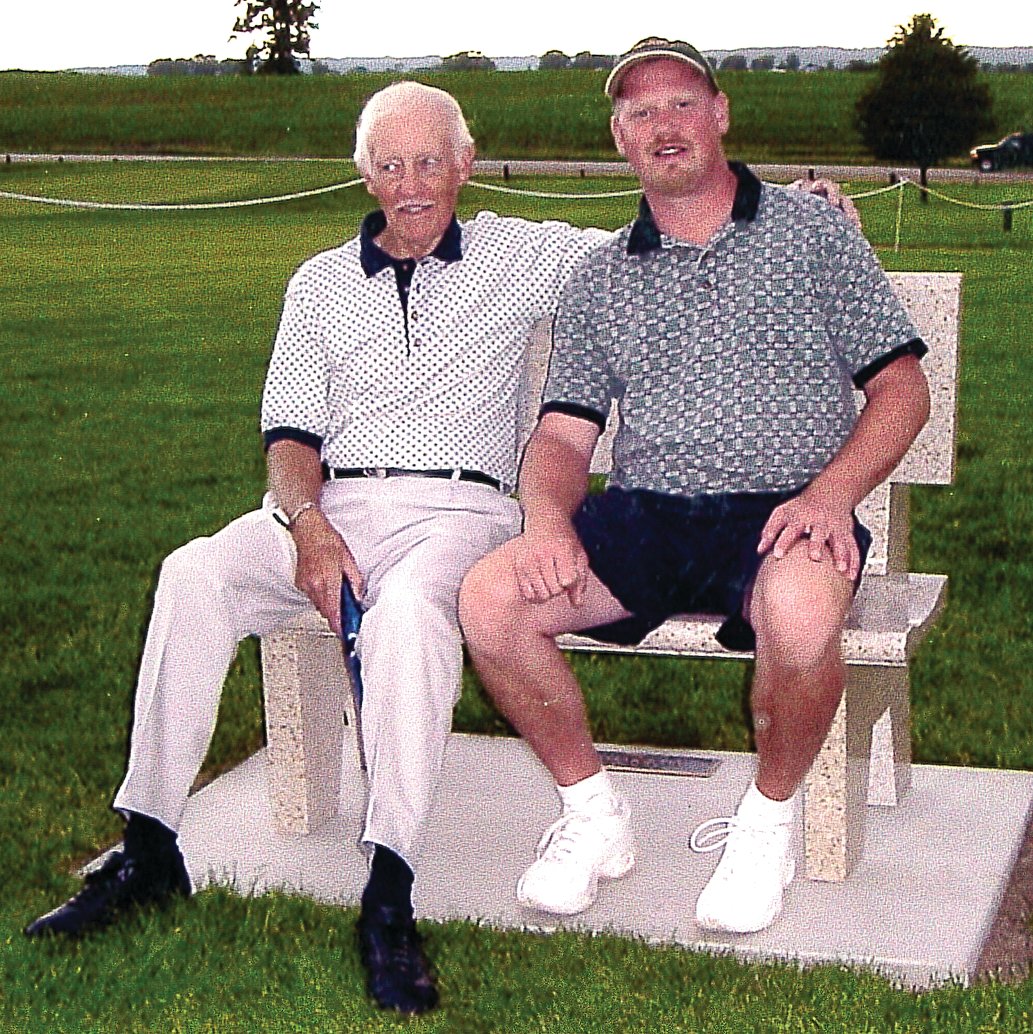 “He is a student of Vinegar Hill School, St. Michael’s School, Hanover Public School and Galena High School. My choice subject is aeronautics. I was President of the Junior Class in Hanover, Student Manager of the Basketball Squad and ‘Dick’ in the Senior Class Play.”

Donald says he’d just as soon be himself, and a success in whatever he chooses to enter.

The girls’ habit that this senior dislikes is smoking cigarettes in public.

GALENA–Tucked in a scrapbook is a newspaper clipping, a black and white photo, taken just after D-Day, of a fleet of LSTs all lined up along Omaha Beach in Normandy, France.

On this clipping is an arrow in blue ink with one little note, “LST 532.” That is the ship on which Galena native Don O’Rourke served during World War II.

This man, who made the purposeful decision to save this image in his book of memories, never liked talking about his 23 years of service in the United States Navy. Now his memories are tucked neatly away in scrapbooks, photo albums and the memories of family members including his nephew, Joe O’Rourke, Elizabeth; and Joe’s mother and Don’s sister-in-law, Mary O’Rourke, Sinsinawa.

For a man who survived World War II and Korean War battles, O’Rourke confronted Covid-19 twice. He survived the first bout of the virus this past March, but couldn’t make it through the second bout.

He died on Nov. 3, election day, at Galena-Stauss Senior Care Community, at age 94.

Joe’s memories about his uncle are strong. In just a few minutes of conversation you quickly sense the respect and love which Joe has for his uncle.

The same is true for his other nieces and nephews, according to Mary. “They adored him,” she notes. “He was one hell of a guy.”

Joe describes his uncle as a very independent man. He served in the Navy for 23 years retiring in 1964 as a chief petty officer. He saw action on LST 532 during World War II and the USS Cotten during the Korean War and the USS Bremerton in the western Pacific Ocean.

Mary adds, “He was kind of a traveler, a roamer.”

Mother and son agree on one other thing: Don loved playing golf and taking every opportunity he could to do so while in the Navy and retirement. Mary says that during his Navy days when on R&R, he’d search out a golf course, wherever he was and play. He also loved the competition golf tournaments offered.

His visits were special. It meant Joe could head out to the golf course with him. When in Galena, it meant playing with his uncle and his grandfather, Delbert Cox.

“I took every chance to play,” Joe recalls.

Joe chuckles as he talks about Don in his later years. He’d show up at the Galena Golf Club and practice putting for a couple of hours or more.

Joe calls his uncle a good man, an interesting man who “fought for our country.” “The Navy was his whole world for many years,” Joe continues. “When that was gone, it was golf and surviving.”

Both Joe and Mary mentioned several times Don’s reluctance to talk about his military service. Don even refused to go on an Honor Flight to Washington, D.C., an experience which his younger brother, Pat, thought was one of the great experiences of his life.

Don and Pat were close, Mary says, but Don wouldn’t go with Pat on that trip.

After leaving the military Don starting repairing and remodeling a home on South Dodge Street near U.S. 20. He never quite finished the work. In the summer golf interfered. In the winter, he’d hook his Airstream trailer up to his old Nash Rambler and pull it down south to Texas. . .to play golf.

After his brother, Tom, bought a house in Ajo, Ariz., Don did as well, a fixer upper. He didn’t finish that project either, much to the amusement of family members. There was golf to be played.

As he grew older and in need of a bit more help, Don moved into assisted living at Galena-Stauss Senior Care Community. He sold his two homes. When he needed more help, he moved into the nursing home spending the last seven years there.

The last eight months have been especially tough on the family, with Covid-19 imposed visitor restrictions. Joe isn’t bitter about this. He shares his appreciation of the nursing home staff and how they kept in touch during Don’s two bouts with Covid. Mary feels likewise and calls staff his “family members.”

During Don’s first bout with Covid-19, Joe remembers receiving a call from the nursing home. The news was: things weren’t looking good for Don. Two days later he received another call with this message: Don was “sitting on the edge of the bed ready to go.”

Joe says he didn’t have a good feeling when he learned of Don’s second bout with Covid-19 a few weeks ago. “Something told me that this wasn’t a good thing for him,” he says and adds that his wife, Jen, stayed positive. But then came the call of Don’s passing.

The last time Joe saw his uncle was this past June. But that was at a distance.

Joe thinks about the residents of the nursing home a lot.

“Imagine how hard it is to be isolated and not have family around. That’s the hardest part. They are stuck there and can’t have visitors,” he adds.

“These are difficult times. Don was one of the (Covid) numbers,” Joe notes. “With Covid, we need to take care of ourselves and others. I understand that there are others who don’t agree. . .and that’s frustrating...”

For Mary, there are sweet memories of a cherished brother-in-law.

“He was such a good uncle. He was warm and caring about young people,” she says. He also introduced his assorted of nieces and nephews to the $2 bill.

Mary notes that her husband, Pat, and Don were close. Don was six years older. When Pat graduated eighth grade, Don sent him an expensive watch.

Although never married, Mary says that Don lived life and did what he wanted to do. What warms Mary’s heart is that Don made an effort to be part of family celebrations.

She finishes, “We just loved him.”